Between 1976 and 1982 Martin Leeuwis provided cartoon plots for US cartooninst Bob Stevens. He used them for his strip “There I was” in Air Force Magazine and later for book “If yiou read me, rock the tower”.

From 1982 Martin worked together with brilliant Dutch aviation cartoonist Ton van Andel. Their first publication was “Say again” in that same year and that book was an immediate success. It was reprinted 9 times and received a major makeover in 2006 when it was combined with the second book into “Say again and no more”. Say again was the beginning of a whole series of books and finally the ‘Say…’ series became a list of 8 books. 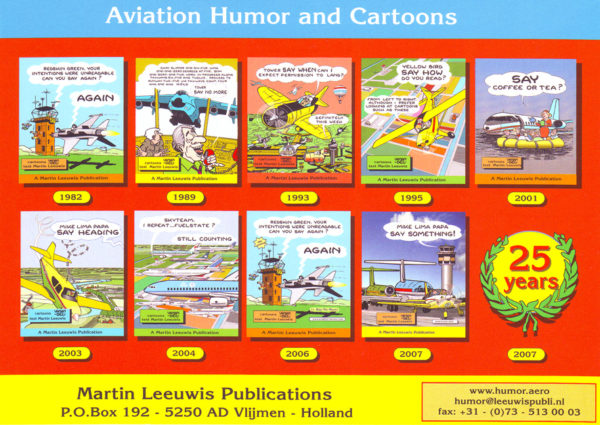 A lot of aviation cartoonists have participated in one of the books of Martin Leeuwis Publications. For each one you can find an information page with one or two sample cartoons.