Bob Stevens, USA, flew almost every US fighter in the World War 2 arsenal and later, in jets, flew a world speed record in a F-86. After retiring from the Air Force he concentrated full time on his cartooning. He became a well-known editorial cartoonist receiving many honours and has published several very popular aviation cartoon books starting with “There I was” in 1968. His books were the starting point of Martin Leeuwis Publications as European distributor in 1978 but unfortunately Bob died in 1994.
If you search the second-hand bookshops his books can be found:

As mentioned, the book “There I was” was the start of the Martin Leeuwis trading company. I had bought the book in Canada and my squadron collegues liked the book, so I ordered a few. Then I ordered some more, and again. So Bob offered me the position of Dutch distributor. OK, I wrote, for the whole of Europe. In 1975 I started trading his books and later sending him contributions for future books. And later that gave me the idea: find a Dutch cartoonist and do it all yourself. With Ton van Andel the first publication was “Say again” in 1982 and the rest is history, as the response was immediately very good.
Bob, thank you very much for your excellent aviation humour and the business opportunity !!

Cartoons from Bob can be found in:
-Please wait to be seated
-First 100 years are tough 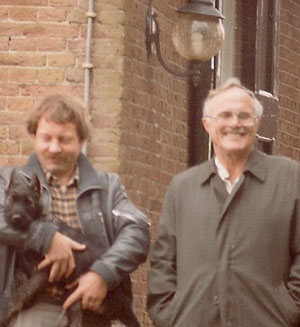 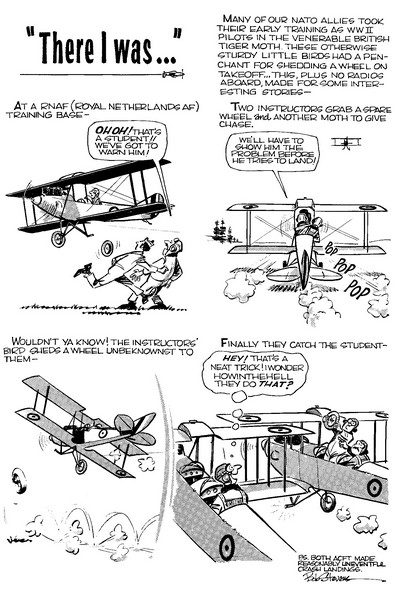