Iain Dick, United Kingdom, started flying in 1944 in a Tiger Moth and transferred via Harvard to Mosquito and later Vampire. Based in Germany he had a bad flying accident and was sent to Fighter Control. He retired in 1981 from the RAF as Squadron Leader and took up a new career, as an art teacher.
Iain was the first to ask about publishing his cartoons, in 1989, but at that moment he was the first…It took quite a while to assemble all the cartoonists to be able to fill a book and when that happened he unfortunately never saw the final result. He died in January 2008 and ‘Good Landing’ was published in October 2008. 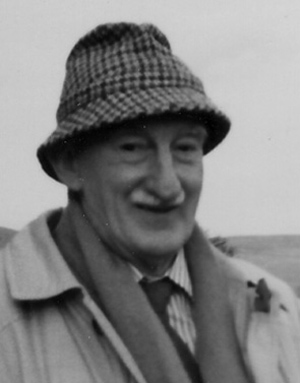 Cartoons from Iain can be found in:
-Good landing
-First 100 years 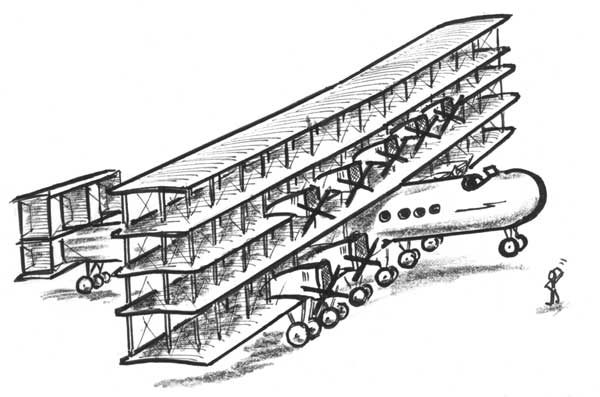 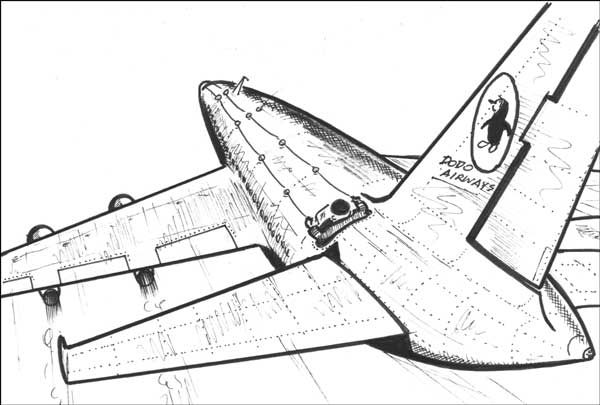