Patrick Harrington, USA, was hooked to drawing after watching his father draw some lines while he sat on his knee. He has worked as political and editorial cartoonist, has illustrated books, is a caricaturist and a proud member of the National Cartoonist Society and the International Society of Caricaturists.
website: www.harringtoons.com 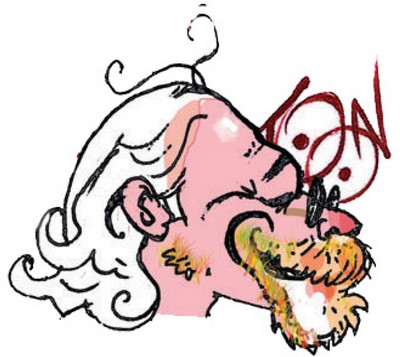 Patrick Harrington, USA, was hooked to drawing after watching his father draw some lines while he sat on his knee. He has worked as political and editorial cartoonist, has illustrated books and is a caricaturist. Nothing feels more natural to Patrick than drawing. From the first moment he sat on his fathers knee and watched him turn a couple of scribbled lines into a favorite cartoon character, Patrick was hooked!  Cartooning and caricature and his passion for it burns deeper than ever. Despite countless assaults by the educational authorities and ridiculous punishments for the crimes of scribbling and doodling, Patrick kept drawing until he broke free of the humorless drudgery that is Private School.

Patrick has worked seasonally as a professional caricaturist at Sesame Place, Wildwood and Atlantic City NJ. boardwalks, Philadelphia Phillies games, The Sunoco Welcome America Event in Philadelphia, and numerous private and corporate events.  Patrick served as political & editorial cartoonist for the Irish American and Filmore Herald newspapers, He has won Grand Prize and 1st Place Awards in the Homer Davenport Political Cartoon Contests. Patrick has illustrated 2 Hercules coloring books, various comic strip and comic book projects and his comic strip “Windy Gap” was syndicated. His digital work of Marilyn Monroe is set to be published in a compilation book called “Marilyn in Art” by Chaucer Press scheduled for release 2006.

Patrick is a proud member of the NCN, National Caricaturist Network, and received an Award for Best Party Style at the 2004 NCN Convention. Proud Member of NATIONAL CARTOONIST SOCIETY and INTERNATIONAL SOCIETY OF CARICATURISTS

Cartoons from Patrick can be found in:
-Please wait to be seated
-First 100 years 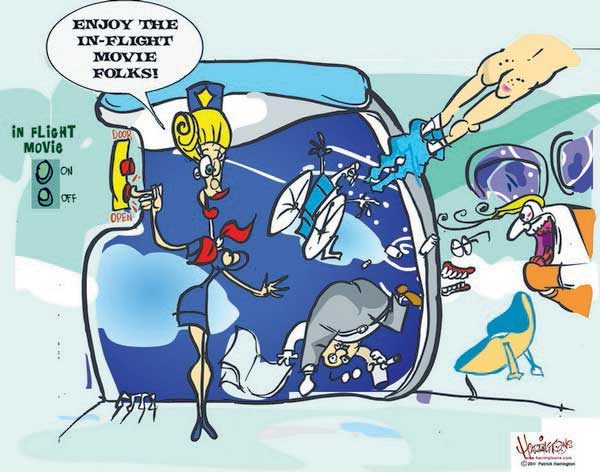