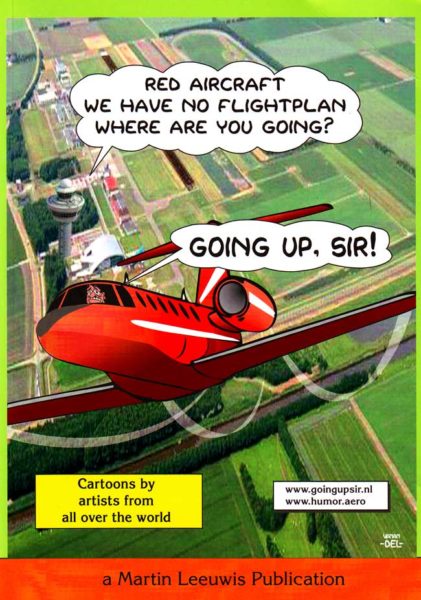 The second book in this series of books with international aviation cartoons.
After our publication of “Good landing” many other artists asked for participation in next book,
so “Going up, sir” was published less than one year after first book in October 2009.
Again many good reviews, but some slow sales later due to economic downdraft
Sales were later increasing !!